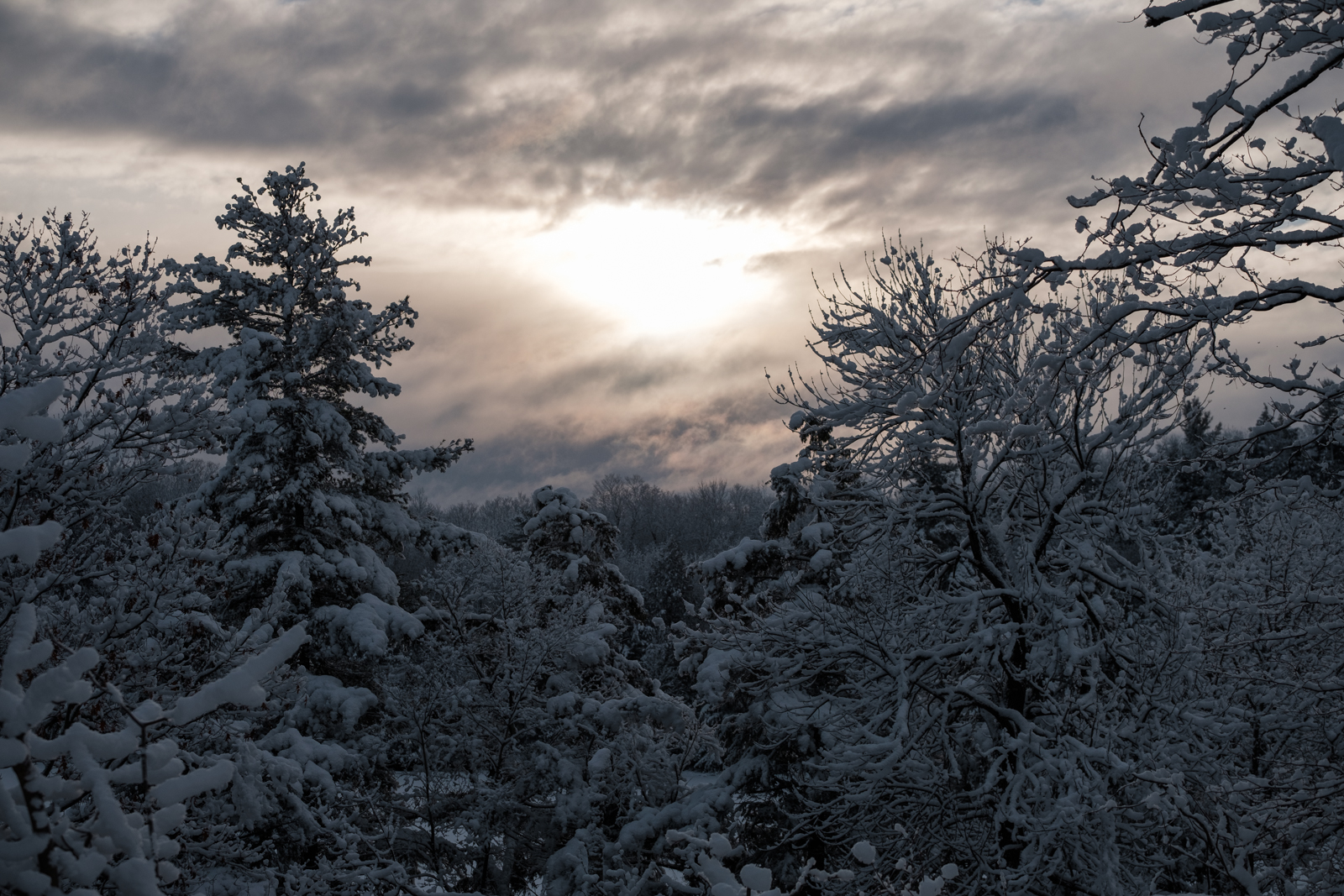 Back when the snow was light, fluffy and new to the season, it looked so picturesque the way that it hung on the trees. I mean, who wouldn’t want to live in a country that had seasons that could produce these kinds of stunning landscapes? Eastern Ontario gets a lot of snow and so it’s the perfect place to be a photographer when the conditions are like this.

It’s hard to remember these days when we are in the dead of winter, the days are short, and we’ve been dealing with snow and ice and freezing rain. That’s where we are currently. The kids have had a record number of “snow days” this year, and not because it’s been the light and fluffy kind of snow that has fallen. No, this winter has been abnormally harsh in that we’ve had big dumps of snow, followed by temperatures that have brought freezing rain on top of the snow, and then bitterly cold temperatures which has solidified the sheets of ice that are currently on our roads and driveways. It’s been a wild one!

But that’s why we have photographs: to remember the beautiful days where it feels like we are living in a Winter wonderland. I look back on these photos fondly and hope that Spring will arrive soon! Ha!