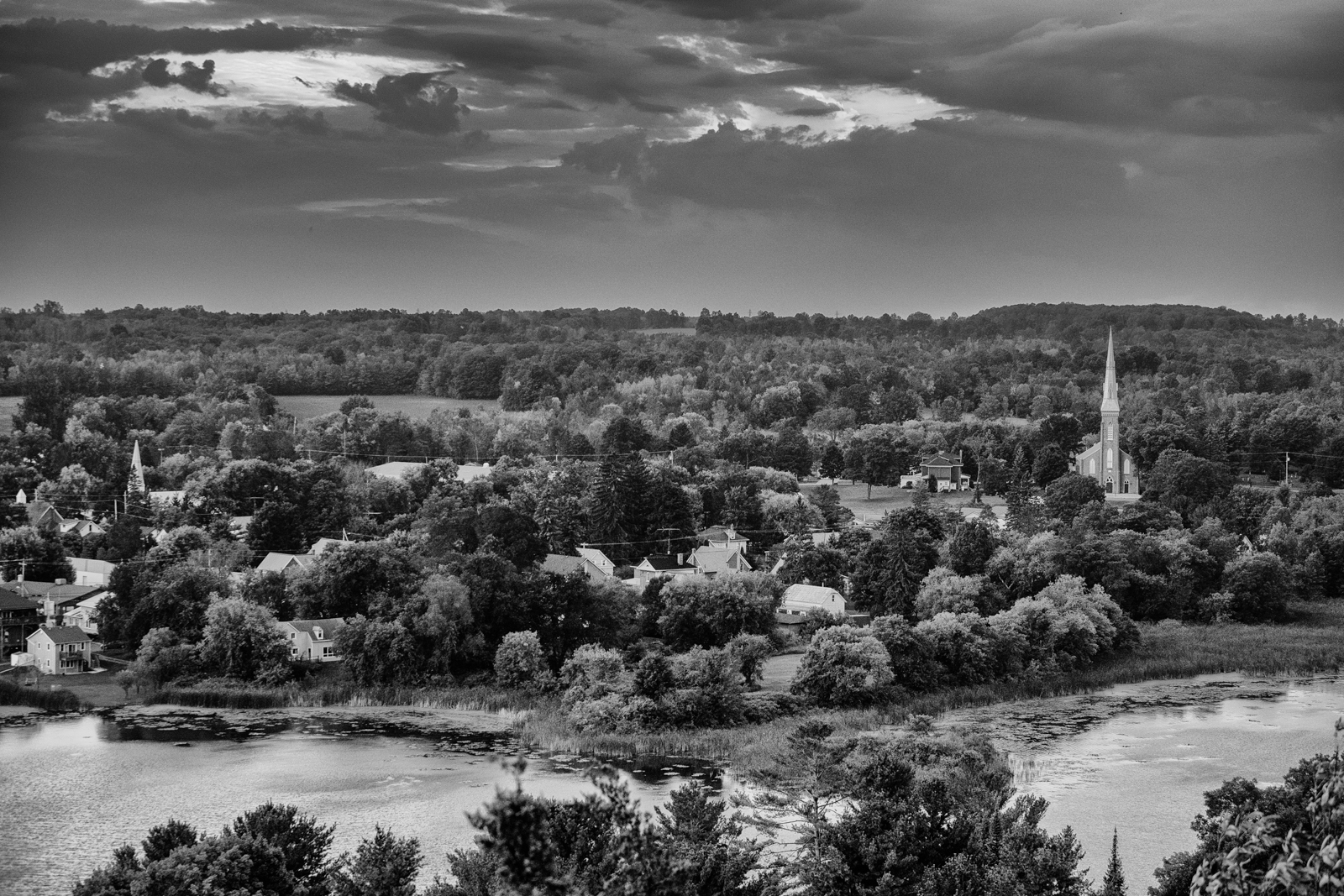 Standing on Foley Mountain watching a storm approach Westport was a sight to be seen. The heavy rain clouds I saw approach Bedford Mills earlier in the afternoon led me to believe there was a system of storms coming towards the area. While others might have said: “good time to hunker down and hide away for a while” I was feeling particularly motivated to grab my camera and get out there to see what I could capture.

It wasn’t until I started getting texts from my concerned wife that I realized it might be a good idea to head home. This was the same evening the funnel clouds touched down in Dunrobin, a small community just outside of Ottawa and a rather close hour’s drive from where I was standing. Yep, good time to head home.

I also don’t normally process my black and white images this way. The amount of detail that is extracted almost makes them look fake. Then again, a storm like this, one that is bringing tornados to Eastern Ontario feels a lot like fake news anyways. So, maybe I processed them just right.